What can be our role as researchers in the Corona crisis? 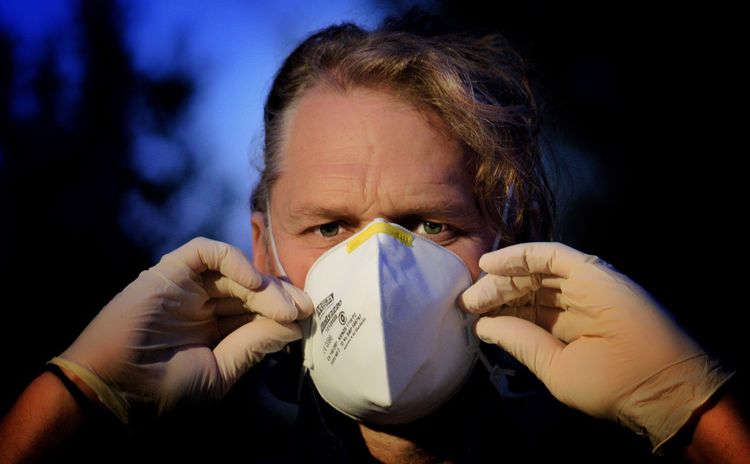 The challenge of the current Corona disease goes far beyond mere epidemiology. It is not only about health, but also about economies, the freedom of movement in liberal democracies and many things more. All social actors have to find a proper response to these challenges following their very own logic. Politicians try to set collectively binding standards for preventing the further spread of the virus. Economists try to factor in all changes in demand and supply that result from these events. Media are trying to disseminate information about the current developments in a way that engages with their audiences. All these activities affect each other mutually and increase the complexity of the situation.

This is where social scientists and pollsters come into play. We probably don’t understand all medical details of this disease, but we can definitely give orientation in overly complex situations. That’s what the research industry is all about.

Unfolding the map of knowledge

As a society, we’re currently seeing unfold a map of what is known about the virus and what isn’t. Many aspects of it are well understood already, but we also still have a lot of white spots charted on this map. Beyond that it is very reasonable to assume that some areas are yet to be discovered and included in this map sometime in the future (“the unknown unknowns”).

Being researchers, we know that the absence of evidence should not be taken as an evidence of absence. Just because we still don’t know about certain complications, doesn’t mean these complications do not exist.

We also know that the transition from the unknown to something well understood typically happens gradually and involves statistical probabilities and a degree of uncertainty. In the beginning, you have a plausible hypothesis. You’ll then find weak evidence that becomes stronger and stronger. You start controlling third variables until you have a fairly well understanding of all relations that can be deemed true until better information is available.

This scientific way of continuously eliminating uncertainty is no different when researching the Corona disease. What is new is that scientific progress is followed attentively by a very broad public that is not used to thinking in probabilities and uncertainties. Instead, many hypotheses are treated by the public as if they were facts. People just try to make the best out of how they understand everything.

But the challenge is not only about properly communicating new scientific evidence, but also conveying well-known facts to a broader audience. The spread of the virus seems to follow an exponential function. Such developments typically have very counterintuitive properties: small changes in the parameters of such functions can have a huge impact on the overall development. However, many people don’t seem to understand how their individual behaviour can make a difference. Risks are not assessed correctly and people over- or underreact to the situation, just because they don’t know any better. That’s where our expertise in dealing with data comes in.

People act as if their believes were true

People act as if their believes were true. Such situations are well known to social sciences. Almost a century ago, the famous Thomas theorem has been formulated: If men define a situation as real, it is real in its consequences. This can have very different effects in practice. For example, when people believe in supply shortages of certain goods, they may start hoarding these products and, as a consequence, even produce a supply shortage themselves. This dynamic is known as self-fulfilling prophecies.

But the effect can also be very plain and without self-enforcement. For example, if people believe that the risk of contagion is higher on public transport, they may choose other means of transportation or work from home. They may also cancel or postpone their (business) trips. What seems like a very individual decision at first glance turns out to have a huge impact on a larger scale (e.g. for airlines, hotels, restaurants, museums). Believes of consumers (whether right or wrong) have very real consequences. Therefore, it is important to understand the underlying fears and believes in order to prepare for possible outcomes – not despite but rather because this dynamic is so irrational and hard to predict.

So what’s our role as social scientists and market researchers? We’re probably not on the front line of saving lives, which is always the most important thing.

Still, the challenge affects more areas in our society than just our health systems. Corona is not only threatening our health, it is also affecting the way people behave in their everyday lives. Many consumers feel anxious, some of them even start panicking. This may temporarily threaten the business climate for many industries and pose a serious challenge to some companies. Market research can help companies to navigate through the difficult weeks that may lie ahead, especially if these challenges consist in some kind of unexpected consumer behaviour.

But our responsibility as researchers might well go beyond that. As representatives of an applied science, we should not contribute to speculation or commotion. We should act as advocates for facts, data and evidence and illuminate relevant aspects that fall under our domain. This has always been the best remedy against panic. Our contribution may seem small, but it can have a huge impact. So let’s keep calm and do our research.

Florian was previously working as a Marketing Manager at Norstat.

View all Posts by Florian Tress